It’s been 20 years since the successful history of ATM Recyclingsystems began with the slogan “High Performance Metal Recycling“. The foundation was already laid in the 1920s of the previous century. Back then, the company was a family business called « Arnold », located in Vienna. Arnold started with the construction of machines for the treatment of metallic secondary raw materials. The first baling press was sold in 1953. Soon, other machines such as scrap shears and briquetting presses followed.

New company premises and extension of the product portfolio

In the 1970s, the company relocated to Knittelfeld. In 2002, the company was intergrated into ASCO Group International and ATM Recyclingsystems GmbH was founded. Five years after the re-startup, the current company site in Fohnsdorf was opened. In the following years, numerous machines such as shredders, cast iron breakers and sorting machines were developed. Thereby, ATM evolved into one of the world’s specialists in metal recycling.

Today, the company is one of the market leaders in the field of briquetting presses. In 2015, the biggest and strongest briquetting press worldwide Arno®Brik 22, which recycles up to 5,5 tons of material per hour, was commissioned. ATM is a reliable partner for renowned customers in the automotive, process and recycling industry. The company operates worldwide and has so far installed machines in over 90 countries.

Especially in the field of sustainability, ATM can be described as one of Austria’s pioneers. From the start the importance of recycling and the circular economy was a central aspect. A topic that is getting more and more relevant these days.

ATM Recyclingsystems is one of the most important employers in the area Murtal and trains young people for a career in high-tech. Perfectly trained employees are the foundation of the company’s success. All steps in the production process are performed by the 60 employees in Fohnsdorf. Thereby, the company can guarantee highest quality and reliability.

Through the close cooperation with research institutions such as the Montanuniversität Leoben, machines are constantly improved and corrected. In the future, ECO models that work especially rescoure-efficient are planned. In the field of RetroFit and Digitization, several innovations are planned in 2022. Thereby, the company keeps up-to-date with the latest technological developments. 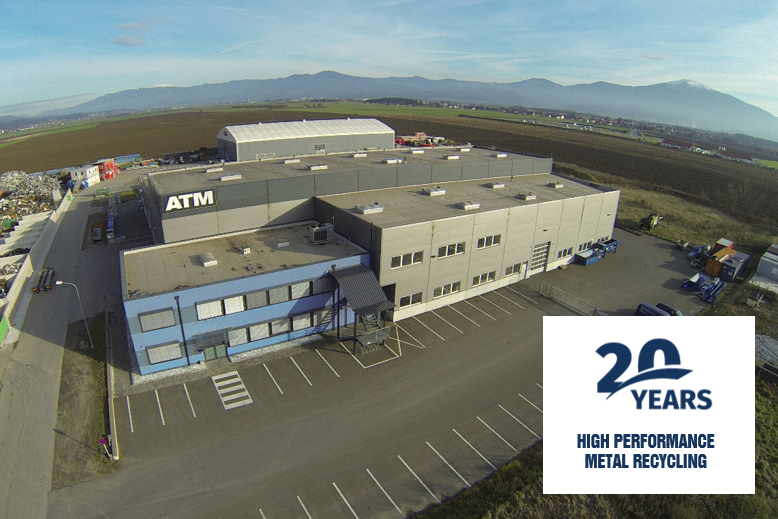